The Sisters by Dervla McTiernan 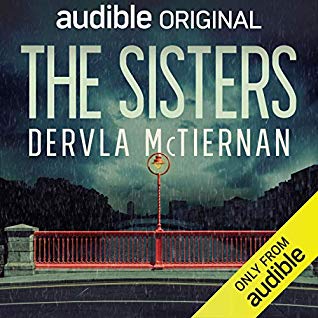 "Two sisters climbing the ranks of Dublin's criminal justice system. A murder case that could change their lives forever. The Sisters is a gripping new thriller from one of the most exciting voices in crime fiction." - Audible

I selected this book from the free Audible Originals selection for September 2019.


This audiobook was a quick "read" at a mere 3 hours 8 minutes, making it a novella, though it is not advertised as such. (Comparatively, the next--and official first--book in the series, <I>The Ruin</I>, has an audiobook run time of 10 hours 25 minutes.)

Sisters Aifric and Carrie alternate as narrators from chapter to chapter. Aifric is a junior barrister (lawyer) who is troubled by the case that has been dumped in her lap. It appears that no one cares about this case--despite it being a murder case--and that everyone is casually going to allow a quite possibly innocent man to go to prison for life on the word of a single, unreliable witness. She shares her file with Carrie, a new garda (police officer), who breaks all sorts of rules to get information that might clear the accused, even if it puts her career and reputation, as well as her sister's, in jeopardy. Shockingly, a reference to the movie "Fifty Shades of Grey" (released in 2015) and its leading man Jamie Dornan is made, despite this story being set in 2004. I hadn't even realized that I had reached the end until I noticed the timer on the screen, showing a mere 14 minutes of narration remaining, as the story seems to progress at a standard rate until the final chapter, which is insanely rushed to conclusion.

The characters are likeable, as is the style of writing. I admittedly enjoyed listening to the story despite its weaknesses, and have chosen to give it 3/5 stars. I hope that the length of the next book in the series is evidence that the author spent much more time fact-checking and developing her story.

In this prequel to the international bestseller <I>The Ruin</I>, set 10 years prior, bright-eyed Carrie Ryan is at the very start of her career. When she has a hunch about an ongoing murder investigation, she knows it could be her only chance to prove herself and truly break into the “boy’s club” of Dublin’s police force.


Carrie uncovers this make-or-break moment in a case file her sister Aifric, a newly qualified barrister, leaves on their kitchen counter: Robert Collins has been charged with the murder of his girlfriend after a fight in a local pub, and all signs point towards a guilty verdict. But both sisters quickly begin to find evidence that complicates the story. All the while, Carrie is very aware that she’s crossed the line – if the detective sergeant running the investigation finds out she’s been messing around with his case, her career will be over before it has begun.