In Sight of the Mountain by Jamie McGillen 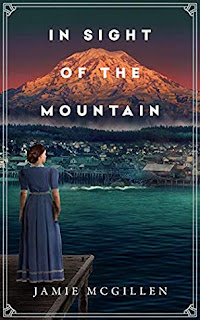 I was immediately captivated by the cover. I could easily identify with Anna, as Mount Rainier has always captivated me. I am someone who loves hiking. The highest peak I have ever attempted was Mount Baldy in California, with a summit at just over 10,000 feet. My group had to stop at 9,000 feet due to a serious injury sustained by a hiker in another group on the mountain that required air evacuation. (The other group was only equipped with line-of-sight radios, while our leader had a radio that connected him with local law enforcement. The injured man's leg was crushed by a boulder that fell on him during an avalanche.) Even though we didn't summit, the fact that we hiked that far together in a single day, with full rucksacks and medical aid bags and crampons and rope, is one of my proudest moments. We spent the night at 9,000 feet in "ranger graves" dug into the snow and hiked back down the next morning. Below are a few pictures from the excursion! 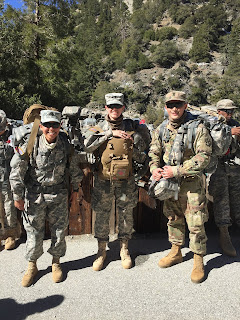 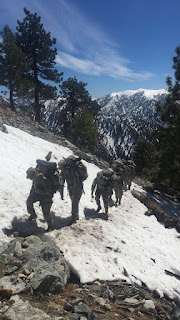 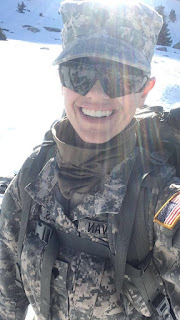 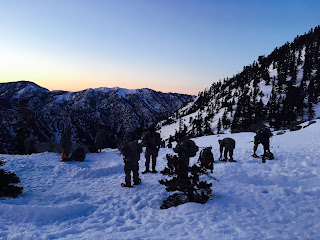 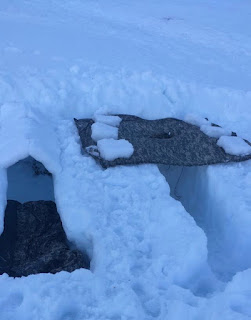 I am now eager to climb Mount Rainier. I think I can do it. Enough about me, though!

Even if you are not a mountaineer or a hiker, you will appreciate Anna's determination and her desire to just be appreciated for who she is. She is far from the quiet housewife that society expects her to be, who only speaks to her husband when spoken to. Instead, she is full of vitality, adventure, intelligence, and compassion for others. She has an ability to read a person's true nature without succumbing to the collective opinion; her best friends are a prostitute and a Native American woman, and although both friendships threaten Anna's reputation as a marriageable woman, she is undeterred.

Anna feels like a burden to her grandfather and his wife and wants to find a partner, but she refuses to marry anyone who would stifle her in any way. Her grandfather and her brother are determined to marry her to a man of good means. Unfortunately, this leaves her few viable options. The only man who sees her for her is the very man her brother warned her not to fall for.

This story is one part coming of age, one part historical fiction, one part early feminism, and one part budding romance. From the first few pages, I was completely enamored with this tale, and it proved to be one of the best books I have read this year. I am simply amazed that this is a debut novel. I received a free Kindle edition as a review copy, but I discovered that the author sells signed paperback editions on her website and I will definitely be purchasing a one to cherish and reread in the future. I can't wait to have this beautiful cover grace my bookshelf!

Thank you to Book Sprout and the author for a free Kindle edition of this book in exchange for an honest review.

In the devastating aftermath of the 1889 Great Seattle Fire, nineteen-year-old Anna Gallagher faces considerable pressure to marry well and soon. But she has no intention of giving up her freedom to keep house. She wants to be the first woman to summit Mount Rainier.

Anna's grandfather couldn't disapprove more. And after he discovers that she's befriended a Duwamish woman in the forest, he threatens to disown her completely.

Still, her resolve to summit doesn't waver until she meets a fisherman who seems to love adventure as much as she does. He's not the kind of high society gentleman who could save their family's finances after the fire, but he adores her and treats her like an equal.

Mountaineering through glaciers, avalanches, and frozen temperatures might cause Anna's family to disown her forever. It might even ruin any future marriage prospects. But if she succeeds in reaching the icy peak, she could pioneer the way for women mountaineers, and create a new identify for herself, something she's been longing for her whole life.

Inspired by the trailblazing women of the 19th Century who dared to summit Mount Rainier, In Sight of the Mountain is a charming coming-of-age story, but it also casts the reader's gaze upon issues of colonialism, class, and women's far-too-narrow options.